Use of recuperative cycles for closed heating of the brew column.

The principle of operation of the brew column boiler with forced circulation is to supply the bard to the pipe space of the boiler with a specially installed pump and then to the cubic part of the brew column. Sharp steam is fed into the inter-tube space. The mash heated in this way to a temperature higher than the temperature in the cubic part of the BC, falling into the cubic part, immediately boils and provides the distillation process in the brew column. The amount of circulating distillery dreg (multiplicity) is determined in such a way as to ensure maximum heat transfer from the hot steam to the distillery dreg, as well as minimizing deposits on the walls of the pipes of the boiler itself. Figures 1 and 2 show the layout of equipment for heating with a forced circulation boiler. 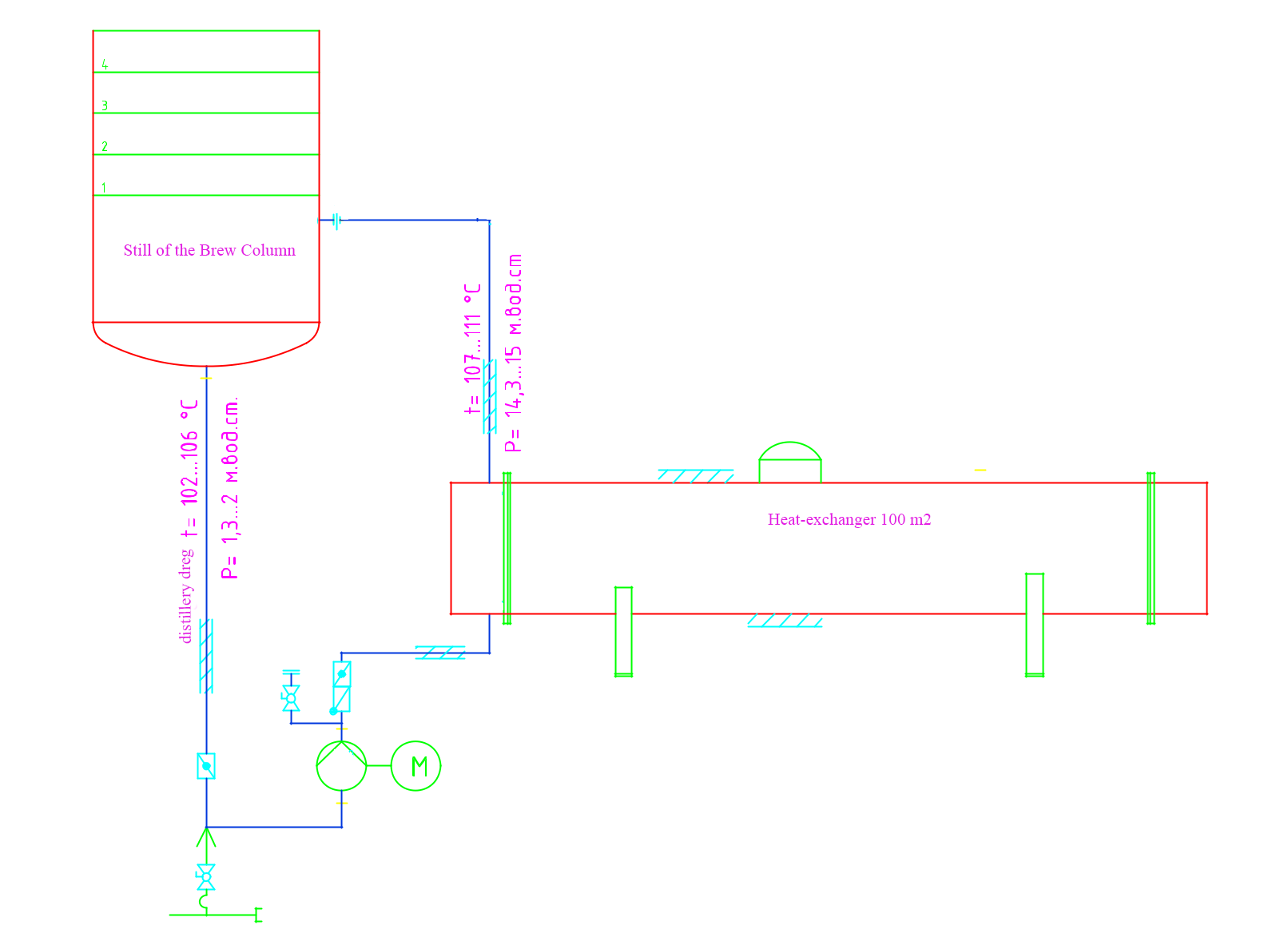 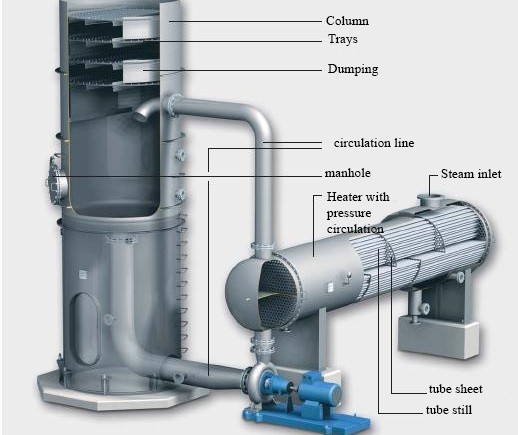 The most effective method is the option of "heating" the brew (distilling) column (BC) with alcohol-containing vapors of the rectification column (RC). The scheme works as follows: alcohol vapors from the RC are fed into the inter-tube space of the recuperative boiler BC. The bard of the cubic part of BK circulation pump first served in the tube space of the recuperative boiler of BC, which is the dephlegmator of RC, and then in the piping of the boiler steam of BC and forth in cubic part of BC for respectively heating the distillery dreg to the required temperature and for cooling (condensation) of alcohol vapors of RC.

The hot steam boiler is installed for force majeure and commissioning modes. Condensate of alcohol vapors (phlegm) is directed to the upper plate of the RC.

A necessary condition for the implementation of this method of heating is the operation of columns under different pressure: brew – under rarefaction, rectification – under excess.

Figure 3 shows the layout of the equipment when heating the BC with alcohol vapors of the RC. 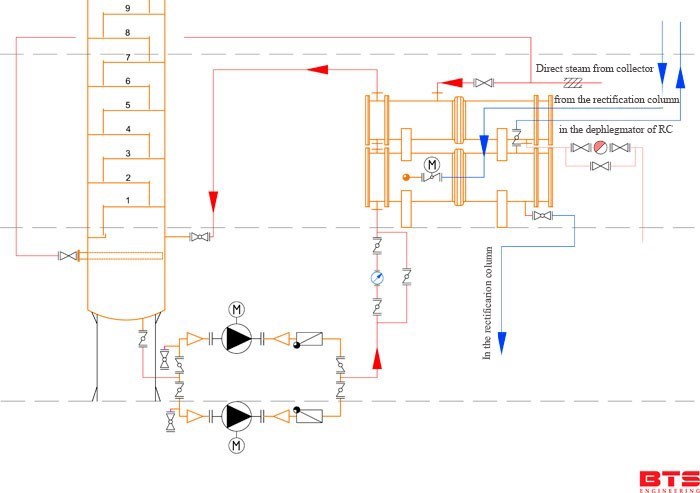 In favor of using recovery is the fact that this method of heating saves energy resources and reduces the consumption per unit of production.

Let's look at an example of energy resources (hot steam) spent by the brew and rectification columns at the 3000 dal plant. (Fig. 4) 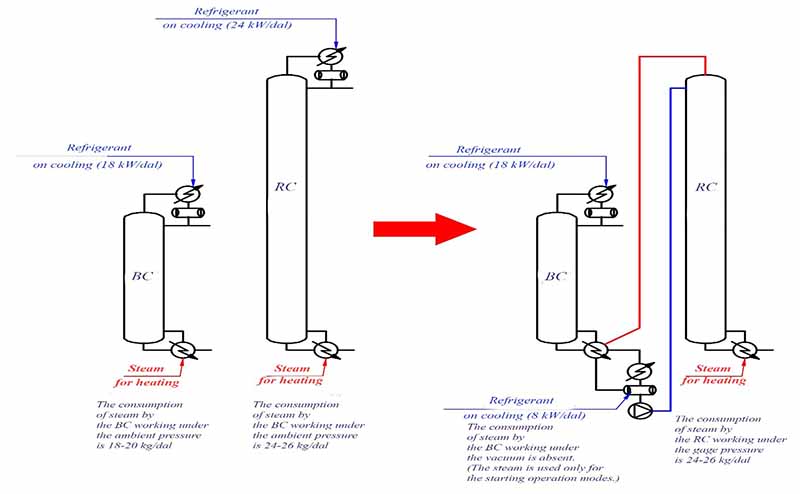 The total consumption of energy resources by two columns is: heat energy in the form of hot steam 46 kg/dal; cold in the form of recycled water 42 kW / dal.

Working with the use of a recuperative scheme (using secondary heat) allows you to save heat energy in the form of hot steam for heating the brew column and part of the energy for cooling the rectification column.

The total energy consumption of two columns in the recuperative scheme is:

That is, the savings only on the use of recovery on a bundle of Rectification column-Brew column is:

This category does not contain any products.
0