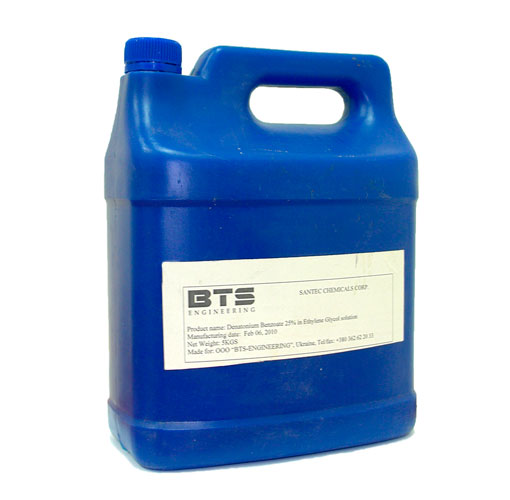 Application:
25% denatonium benzoate is used as a denaturant in alcohol, cosmetics and pharmaceutical industry.

History of the product:

Macfarlan Smith found denatonium benzoate in 1958, and registered it in the same year in Great Britain, Canada and in the USA under the trademark Bitrex.

Nowadays there is no other bitterer product found in the world.

In early 1960s Bitrex got its official approval in Great Britain and in the USA as denaturant, after that it was approved in more than 40 countries.